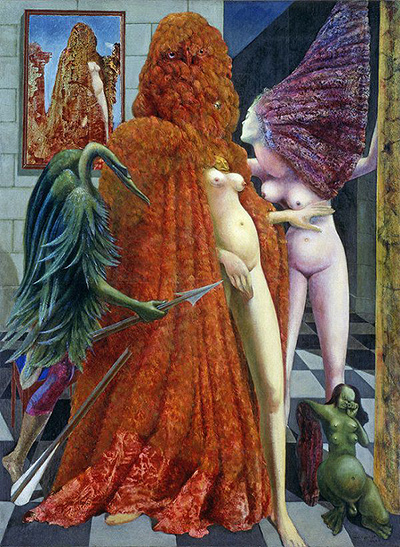 We begin by acknowledging that the first goal of any radical leftist political practice is the activation, or raising to the level of self-consciousness, of common ties that had hitherto been obfuscated by force and in the interest of the oppressor1. Whether it be among workers, people of colour, migrants, prisoners, women, queer people, and so on, the initial aim is always to bring people together who the powerful wanted kept apart and compartmentalised. We seek the construction of that initial rowdy meeting, where workers who have never spoken to each other despite working in the same place start talking and making bonds, where women find out they are not alone in the face of belittlement and harassment by the men they encounter, and where migrants who have long felt almost hysterically dislocated from the society into which they have migrated find others who have felt the same impacts of xenophobic alienation. To go even further, we seek the meetings after the meeting, those initial friendly conversations between the meeting’s participants on the bus home, or outside sharing a cigarette, about anything in particular… Those first signs of a budding, the sprouting of something new, matched by the excitement and nervousness about what it could become.

What is the nature of these “common ties” – what does it mean to hold in common? We can begin to reach an answer here by noting how the common is different from the equivalent or identical. While the statement “A is identical to B” proposes that A=B, “A has X in common with B” does not propose that A equals B at all – simply that they are both somehow involved with the common third term X. To state the obvious, A and B can be drastically different in numerous ways, and still have something – X – in common. (This all appears obvious, but I state it to stress the fact that while we often think of communities as founded on a principle of identity or homogeneity, the opposite is true: communities are instead founded on a principle of difference, on that “something extra” that must exceed the common term X.)

This leads us to that mysterious X – the commonly-held thing which we will hereafter term the common X. Now, this X is a strange entity: while it must possess some degree of repetition in order to hold the community together and give it some consistency, it is also something that necessarily exists in excess of any “singularity” (e.g. individual person, television programme, social media platform, whatever). The common X traverses all singularities – it cuts across and surpasses them, in order to “connect” them. Consider the diagram below2: here we have a “community” of four parts, #1-4, which all share some common characteristic, X. If we want to consider the common X in itself, rather than simply as a characteristic of some specific part, we are forced to cut across and traverse all the four parts, leading to the sketchy pink box in the diagram. This “box”, however, is quite unlike the others in the diagram, which depict specific parts with some kind of demarcating line between “inside” and “outside”. For the repeated Xs in the pink common box are not simply a collection of elements, as in a part-box; they are instead the repeated iterations of “one” consistent plateau – X – in different particulars. The common X therefore lacks any principle of interiority: to borrow a phrase from A Thousand Plateaus, the common X “exists only through the outside and on the outside”3 – interiority is alien to it. The X has a singularity and consistency, but no (self-)identity; and it is precisely this quality that allows it to hold together disparate parts, founding a community or commons.

At the “centre” of any community4, then, is this mysterious common X, this element held in common that the community in a way “hinges” around. Take, for example, the community around a particular school: that amalgamated multiplicity of friendships between pupils, after school clubs, relationships between parents, after work drinks between teachers, the conversations in the staff kitchen between cleaners on their break, weekend sports matches, school trips, and so on. Here, the common X may not appear mysterious at all – is it not simply the school, as a material “thing” made of bricks which teachers inside, etc? Yes and no: while a stable material structure is no doubt essential for a school – and thereby a school community – to exist and flourish, so long as we conceive of this structure as simply a “thing” in the commonly understood sense of the term (i.e. an “obvious” object of our consciousness that we can manipulate and control), we will never be able to explain what actually drives or constitutes the school community. For remember, the common X is not a “thing” in the usual sense of the word (i.e. an individual, obvious/transparent, controllable object), but something that traverses such individuated “things”, that cuts across and exceeds them. It is, to use the conceptual language of Gilbert Simondon, not an individual but transindividual5.

Lest this sound overly jargony, let us specify this example some more. Take two children: one is a bookworm and a teachers’ pet, and comes from a middle-class home; the other has had bouts of low attendance because of poor mental health and an unstable family life, and comes from a more working-class background. While the former thoroughly enjoys school and feels “at home” in class, going to clubs and bantering with the teachers, the latter finds the disciplinary environment of the school profoundly alienating, struggles to engage in class, and consequently thoroughly dislikes school. Both of these children are in the same school, potentially in the same class, even sat next to one another – and yet each has an experience of school that their classmate would find basically impossible to genuinely imagine or relate to. So on the one hand, we have “the school” presenting itself to us as a fun, rewarding environment; on the other we have “the school” as an alienating, harsh, and confusing institution. Bring in even more students into this example, and we could add “school as boring” to the mix, “school as racist”, “school as sexist”, “school as funny”, etc, etc – how is it that one “thing” can present itself to us with so many faces? The usual interpretation of such a problem is simply to argue that these are just different “opinions” held by the different students at the school – in this reading, the differences are “colonised” or “domesticated” by the individual subject; each different perspective on school becomes a property possessed by the individual, subordinating difference to identity. In other words, here we read the differences on the side of the individual subject(s), conceived as a separate, self-contained Wholeness. The more radical reading, however, is to posit that these internal gaps or fissures are on the side of the “school-in-common” itself – it is the school as the common X which is split, fractured, internally differentiated, and it is precisely this internal fracturing that enables it to be the basis or “centre” of the school community. When two students from the same school express different opinions about school, this tells us less about the “inner truth” of each student’s personality/individuality but rather, on the contrary, demonstrates the internal differentiation of the commonality “school” itself.

Consequently, the common X at the centre of our imagined school community is not simply “the school” as some simple object consisting of bricks and teachers, but instead what we have called the school-in-common, a strange entity that cuts across and exceeds all the singular elements that hold the school in common (students, teachers, parents, the bricks, the earth beneath it). As we have demonstrated, in order to cut across and connect singularities like it does, the school-in-common (or “common X”) cannot be a fixed, positive, transparent object: instead it is perpetually fracturing itself, emptying itself of any determinate content. The “generating principle” of any community, then, is never some Master or Leader who stands tall at the centre and proclaims to symbolise the community and speak for it “as a whole”, giving it some kind of fullness/presence. No – such a proclamation is always the retroactive attempt to paper over and fill in the self-emptying void of the common X that is the primary basis and “generating principle” for any community6. The common X incessantly splits itself, differs from itself, and it is through such self-differentiation that it becomes open to the outside, that it extends its commonality and builds/generates the community. In contrast to the figure of the Master-Leader who claims to symbolise and “be” it, the community is, then, instead always centred at its edges: it is the way a community “buds” at its fringes, self-differentiates, or changes itself that defines what it is. The community’s becoming is its being.

This is all, naturally, difficult to wrap one’s head around. Primarily, this because no one ever directly experiences the “school-in-common” in itself; the “common X” is not an object that is given at the level of our individual experience and (self-)consciousness. Why? Because it necessarily exceeds all individual experience. If it did not, we would not have a community, but rather a series of detached individual elements – the good and the bad student would be trapped inside their own personal prisons with nothing in common, least of all going to the same school. Thinking and understanding community therefore necessitates that we think in terms of difference, rather than identity – and part of such a thinking involves accepting that at the centre of any community is an absence, an incompleteness. For as soon as we identify a community with some positive object given in experience (“the centre of the school community is the school as a simple, obvious, material object”) we fail to understand the community as such, we “kill” it.7

(It is all somewhat like an asteroid orbiting the Earth; as anyone who has studied physics or mechanics knows, a thing in orbit is technically “falling” towards its gravitational centre point – in other words, the asteroid is technically falling towards Earth, compelled by the force of gravity. Due to the speed and angle of its departing flight path, however, it never reaches Earth. One can thus imagine us as aliens on an orbiting asteroid, constantly under the impression we are about to hit our gravitational centre, the mysterious X at the centre of our community – but always doomed to fail, for to hit the centre would be kill the orbit, or in our analogy, the community itself…)