Exiting The Academic: Thoughts On Objectivity and the Neurotic-Perfectionist Drive | underscore__
« I am nothing but I should be everything For a Pop Communism: Notes on the Labour Leadership Contest »

It’s always about getting past that barrier: the psychosocial barrier of embarrassment, the fear of nakedly putting something “out there”, of exposing oneself.

I write, I try and cobble some things together. At the slightest hurdle I convince myself that this whole labour is pointless, that actually completing this and trying to publicise it would just be a deeply embarrassing thing to do, because no one actually cares, no one is going to read it, and I haven’t done anything interesting. All this represents is a desperate attempt to cling on to and control a piece of writing. This is why my mode of writing has historically so often been perfectionist and obsessed: no, I can’t do this until I’ve read x y z and become an expert… no, I can’t possibly write this sentence without considering a few other things from this author I just remembered… must populate sentences with parentheses in order to be as specific as possible, not leave any room for misinterpretation, not appear like some idiot who hasn’t considered every dimension… Such a mode of writing leaves a stench. It lingers in the air of every university. It reeks of the academic obsession with “objectivity”, the internalised boss-cop in the head that is always demanding order, always demanding more data, always demanding things are more clear, more visible, more controllable.

The ironic thing is that this neurotic mode of writing that seeks to “perfect” it more often than not makes it less perfect, transforming a more-often-than-not interesting conceptual core into a garbled verbose mess that’s boring and unjoyful to read. In accepting the gamble that any argument can be “perfected” within language - all we need is to cram in the right words, and lots of them - the neurotic-perfectionist drive reduces writing to a dull, tepid representation; an inert painting on a wall that eyes are constantly glossing over. The focus is almost completely on words and sentences as simply representations/signifiers with an internal semiotic “content”, missing in the process how words and sentences function as a-signifying forms, effecting little movements, intensities, dopamine rushes, which mobilise the libido.

The neurotic-perfectionist drive underpins the Academic as a particular aesthetic or style, defined in part by the denial of any style or aesthetic altogether. The Academic, as an ideal aesthetic limit-point that all “intellectual” or “theoretical” writing is inclined to tend towards, is a style devoid of all style: no flourishes, no lyricism or stories, and only the most constrained and forced turns of phrase and neologisms. Through such arse clenching, the Academic thinks it gets to the Real, the “objectivity” it puts so much blood, sweat, and anxiety attacks into uncovering, by stripping back all style, all emotion, all traces of libidinal intensity: aesthetic austerity.

But it doesn’t. Rather than revealing the Real through this act, the Academic instead deadens it: what we get is an Academic Realism, rather than the Real – a weird, undead performance of the Real that claims to be it. An unsatisfying reheated meal of academia’s greatest hits and citations, microwaved so many times so as to become an unappetising, and above all unconvincing, mush.

Realism is not the Real. Remember k-punk: ‘Realism has nothing to do with the Real. On the contrary, the Real is what realism has continually to suppress.’

(This is all of course a simplified argument. Clearly the semiotic “content” of the words we write matter, for one, and clearly this content is immediately bound up with its form. The takeaway argument, if there is one, is the age old adage that radical content must be equalled by radical form; that form, aesthetics, style, matters. Any writing that pays no heed to its aesthetics, its written form, as academic writing tends to do by treating writing simply as an inert carrier of semiotic content, is not worth its salt. Or, put more forgivingly, is limiting itself massively, keeping theory caged within the (classed, racialised and gendered) academy it dreams to be free from.) 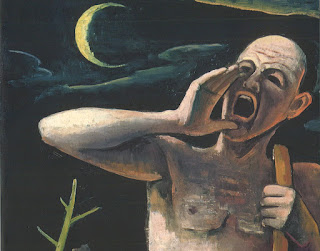 I write all this as an attempt to grapple with the actual practice of writing no longer under the watchful eyes of the academy. I’ve always been easily embarrassed about my own creative pursuits, owing to persistent low self-esteem and my extreme childhood shyness. So when I started university, it seemed like the place for timid, depressed, and socially anxious me: place where any notion of “I” would retreat, where writing would simply be about some subject matter that “I” could distance myself from. Knowledge was what mattered, not “me”.

Unconsciously, the “structural” and the “personal” were held in opposition, even if I professed to believe the opposite. I saw myself as writing about implicitly “distant” “structural” things as a way to distract attention from “me”. Writing was always placed at a firm distance from my everyday life and modes of living. While this distance began to decrease when I started getting involved in student activism, it continued to persist (and still does). A constant disavowal and pushing away of the body, of the human meat puppet and its unconscious: its drives, instincts and neuroses. A piece of sandpaper always at hand, constantly and willfully eroding any trace of the human OS behind the text, ignorant of the fact that this will/drive only further proved and consummated the existence of the human OS. “Objectivity”, for all its claims to dispassionate empiricism, is always driven by a libidinal, unconscious drive. This is the neurotic-perfectionist drive that I found myself channelling, a slave to.

You don’t have to look far to see this in action, beyond my personal experience. Why do you think there’s a mental health epidemic in universities today? Why do you think so many academics are depressed and anxious? It’s at least in part because the academy is animated by objectivity, and objectivity is predicated on a particular drive: the neurotic-perfectionist drive that self-flagellates, that tries with futility to rid academic work of any trace of the human meat puppet, the ostensibly “subjective” element constantly muddying our access to “the Real”, despite being fully in the Real itself. Objectivity is always trying to tame, contain, and control the human OS, the unconscious; and what is anxiety if not the attempt to regain control?

The result of this neurotic-perfectionist drive is a mode of subjectivity much akin to Nietzsche’s character of the “objective man” that he skewers in Beyond Good and Evil:

He is only a tool; let’s say that he is a mirror, not an ‘end unto himself’. The objective man is indeed a mirror: above all, we must admit, he is accustomed to subjugating himself, with no desire other than what knowledge, what ‘reflecting’ can offer him. He waits until something comes along and then spreads himself out gently so that even the light footsteps of spirit-like beings gliding by will not be lost upon his surface and skin. (p.97)

The academic as a smooth, spread-out surface, achieved only through routinised self-subjugation, self-flagellation, self-deprecation.

By the end of my undergraduate I was pretty bored of this approach (which is rampant in the social sciences and humanities even on ostensibly radical topics), but didn’t know where else to look. Then I did my Masters, properly read Mark Fisher and Deleuze and Guattari, and realised that what I thought was “theory” was in fact an incredibly narrow slice of it, a mere faction, held hostage by an academia that resists the osmosis of theory into the Outside. (Mediums such as sound and video are almost always out of bounds.) The academy’s obsession with secondary literature and journal articles, coupled with its dull literalism and “objectivity”, had completely muted the thrill, the feeling of moving through a portal into a different world, that accompanies reading a good philosophy/theory book first-hand.

Fisher and Deleuze-Guattari actively shunned academic convention: Fisher basically never wrote for academic journals (although he did take part in numerous academic conferences and organised a major one on accelerationism in 2010 - he was no stranger to the academy, for sure) and instead put his heart into the noughties underground blogosphere, his short Zer0 books works, and his writing on television, film and music in more mainstream outlets such as The Wire or New Humanist. From my viewpoint it seems Fisher always tried to live by his concept of “popular modernism”, constantly trying to bridge the gap between the mainstream and the marginal or avant-garde, plunging into liminal, in-between spaces to later emerge with new, critical, and accessible insights: TV reviews that cited Lacan and Nietzsche (e.g.), and his music writing that (most famously) reanimated Derrida’s concept of “hauntology” being two examples of this. By necessity, this demanded a certain critical distance from and engagement with the academy, which certainly would not usually judge the above work of sufficient academic rigour. 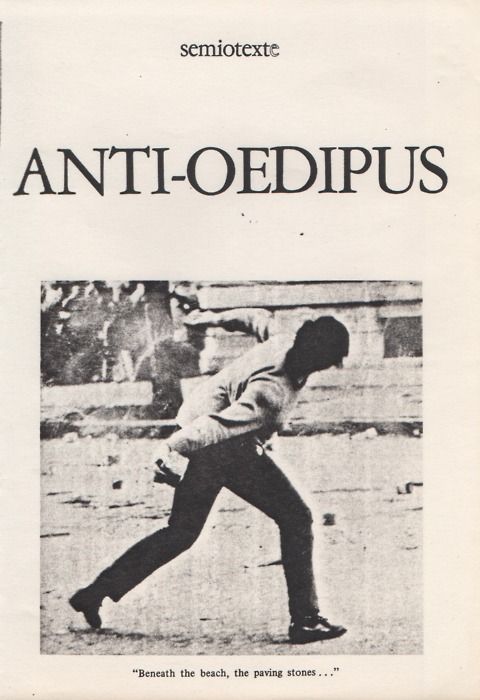 Deleuze-Guattari’s Anti-Oedipus meanwhile is written with an exuberant, militant flair that actively channels the post-68 spirit in France, which had not yet deflated by the time they published the book in 1972. Examples of this are numerous, with the book peppered with phrases like “fucked by the socius”, “Judge Schreber has sunbeams in his ass, A solar anus”, and “all writing is so much pig shit” (and that’s far from exhaustive). While such joyful and profane desecration is less present in A Thousand Plateaus or Deleuze’s solo work (to my knowledge), these works break with academic conventions in other ways: ATP famously is a non-linear book, where any chapter can and should be read in any order, and joyfully brings together a whole host of intellectual fields. Whereas AO’s theoretical foundations, which it departs from and sublimates over the course of the book, are largely psychoanalysis and Marxism (although the literary works of Artaud and Samuel Beckett are also formative, so this is reductive), ATP frequently falls back on the natural sciences, pulling concepts from fields like genetics, thermodynamics, cybernetics, and differential geometry and mashing them together to produce a joyfully weird – and difficult – text of philosophy.

What Fisher and Deleuze-Guattari give us hints of is what is intellectual practice can be like when unshackled from the Academic, and provoke us to further ask: How can intellectual practice look and feel different? I don’t have a total answer to that, but as this post argued, approaching an answer will involve (1) embracing and taking seriously style and aesthetics and (2) going through embarrassment (and fear, and denigration), making deviations and experiments that by their very nature will provoke and shock the collective unconscious into defence mode.

Theory freed from the Academic – freed from “in this paper I will argue that”, a mode of writing which mainly only appeals to other academics, and paper presentations that consist of a mild-mannered white man reading from a laptop in a stuffy lecture theatre – may not be theory in any form we currently recognise it. It may elicit shock, derision or laughter. So be it.