For and Through Embarrassment | underscore__
« Demand More: #GE2019 and the Politics of Surplus I am nothing but I should be everything » 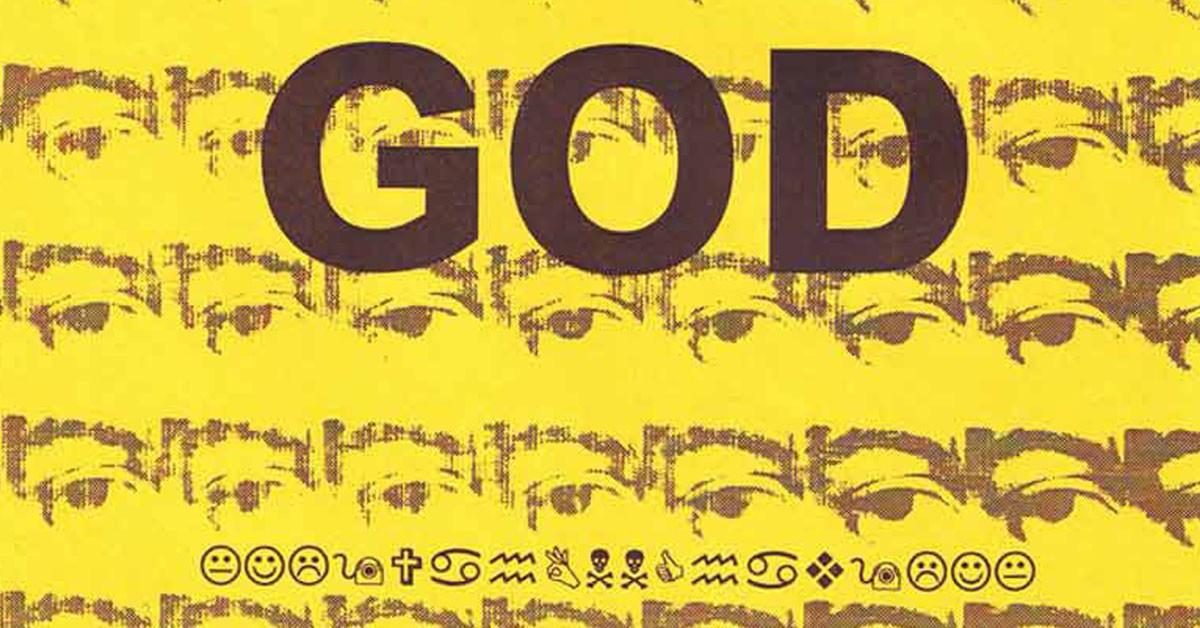 A new, more substantial, post is in the works, but in the meanwhile I wanted to quickly share the following passage from a piece I stumbled across last night from Robin Mackay, entitled “Nick Land: An Experiment in Inhumanism”, written back in 2011. In it, Mackay recounts some first-hand experience of being a student of Land’s back in Warwick in the mid-1990s, shedding some interesting light on the oft-demonised thinker. (Disclosure: I have not read Land and I don’t disagree that the shunning of the contemporary, neo-reactionary Land is the right position.) Putting that relatively aside for one moment, however, there’s no doubt that the account Mackay gives on Land has interesting implications for academic and intellectual practice; Mackay, for instance, cites Iain Hamilton Grant, a former student of Land’s, who states that ‘In the last half of the twentieth century, academics talked endlessly about the outside, but no-one went there. Land, by exemplary contrast, made experiments in the unknown unavoidable for a philosophy caught in the abstractive howl of post-political cybernetics.’ Anyone who has had even the slightest brush with academia will be aware of the figure of the “radical academic”, the people who wax lyrical about destroying dominant ontologies, epistemologies and ideologies (etc) and yet completely abstract it from their everyday practice, living frankly boring 9-5 lives that counteract all the promises of their “radical” philosophies. In Mackay’s account, 90s Land seems to signal some way out of this, a way of living philosophy, of fully committing oneself to the life philosophy demands of us. Mackay writes:

In taking this approach, Land not only renounced the respect of his academic peers, but many times even lost the confidence of his supporters, as he sought by any means possible to drill through the sedimented layers of normative human comportment. Strange scenes ensued […] most memorably, a presentation at the conference Virtual Futures in 1996: Rather than reading a paper, in this collaboration with artist collective Orphan Drift, under the name of ‘DogHead SurGeri,’ and complete with jungle soundtrack, Land lay behind the stage, flat on the floor (a ‘snake-becoming’ forming the first stage of bodily destratification), croaking enigmatic invocations intercut with sections from Artaud’s asylum poems. […]. As Land began to speak in his strange, choked-off voice […], the disconcerted audience began to giggle; the demon voice wavered slightly until Land’s sense of mission overcame his momentary self-consciousness; and as the ‘performance’ continued the audience fell silent, eyeing each other uncertainly as if they had walked into a funeral by mistake.

Embarrassment was regarded by Land as just one of the rudimentary inhibitions that had to be broken down in order to explore the unknown—in contrast to the forces of academic domestication, which normalised by fostering a sense of inadequacy and shame before the Masters, before the edifice of what is yet to be learnt—thus reversing the libidinal charge of the ‘unknown’ and turning it into an endless duty, an infinite labour.

Again, anyone with any experience in academia (and elsewhere, to be honest) will know this experience of embarrassment, of not wanting to do something slightly out of the ordinary out of a fear of public shame, audible whispers and giggles, singeing through one’s ear canals straight to the fragility of one’s ego. Is not the whole of the academy run and based on this fear of embarrassment? The desire to be approved by the ‘Masters’? Perhaps this is why most academic writing is so tedious, scattered with the latest trendy neologisms that seem to refer to nothing but their own ostensible self-importance – because it is constantly, desperately, trying to prove itself as a way of deferring embarrassment, with this proof always pointing to some external, immutable Real that the Masters unquestionably take as fact. (Power and (epistemic?) realism being bound together, as Baudrillard argues in Simulacra and Simulation: ‘The only weapon of power, its own strategy against this defection, is to reinject the real and the referential everywhere, to persuade us of the reality of the social, of the gravity of the economy and the finalities of production.’)

Perhaps we can speculatively say that (a particular kind of?) embarrassment is a weapon for containing and muffling the divergent, which, just as Nick Land did when he was croaking and writhing on the floor, must ‘be broken down in order to explore the unknown’, to break intellectual practice out of the confines of the academy and into a new way of life.

It’s important to note that the argument I’m building here isn’t a demand, often made by (understandably) exasperated undergraduates on Twitter, for philosophers, theorists, and writers to “be more clear” or “use more simple language”. The argument (though it’s more an unconscious disposition) here always seems to be that Foucault (or whoever) is too hard to read, and that this is entirely because intellectuals wilfully make their work obscure out of some egotistical drive to appear mysterious and important. While there’s a kernel of truth here (see below), there’s also a micro-policing that I’m not entirely comfortable with, a refusal to give oneself over to the other, the new, and the unknown in favour of a “I’d like to speak to your manager” tendency, a conservative demand for things to be easy and cater to one’s existing way of life, which is of course impossible for any one piece of writing to do. It also baffles me because the difficulty of reading, say, Foucault, or Deleuze-Guattari, or Spinoza, is part of their very value and joy, indexing a pathway to a whole new conceptual world and way of living one’s life. That’s not to say these thinkers should not be made more accessible for people less versed in philosophy – this is absolutely important work, and they should – but that’s the function of secondary literature and work, which picks up bits and pieces from the primary work and elaborates on them, or plays with them, in a specific context: much like the primary work did with the sources it builds off. Don’t demand totalising interpretations; copy, create and mutate…

The issue, then, isn’t really the difficulty of the language but the functions it expresses. Academic language can be tedious, but it’s not so much because it takes effort to understand it, but instead because it seems designed to appease the Masters, to fit in with dominant trends within particular fields, rather than build any useful conceptual machines that people can use to live better lives. Examples of this in academia include always citing the “right” people (in ways that are often supremely gendered and racialised, too), using the “right” terms, and discussing the “right” topics. The challenge for intellectual practice is to shake off the demands of this conformity, and rather than perpetually defer embarrassment and exposure, work through them. Embrace and work through embarrassment, because what it indexes is the Masters attempting (and potentially failing) to keep their grip on their accepted programme of reality – not a personal failing. (That’s what they want us to think.)

Above all, the challenge for intellectual practice (no longer conceived academically, as abstracted from everyday living purely to be distributed across academic journals, conferences, etc) is to be consistent in one’s principles. I make this point inspired by a k-punk post from 2005 that’s been bouncing around my head for a good month now, having brought together and articulated nicely some thoughts I’ve been low-key having for a while (many of which have now been messily expressed above). Fisher writes:

The challenge of religion is to live your conviction. Kierkegaard’s injunction that we leap into faith should be taken less, as is normally done, as a demand for the subsumption of reason into the irrational, but as a call to show fidelity to your conviction. This was what Kierkegaard meant by deriding those who merely ‘believed’ but who lacked ‘inwardness’.

To be genuinely religious is, above all then, to rise to the challenge of consistency. Which is why the Rationalist tradition in Philosophy is religious, whereas the Empiricist tradition, based in commonsense and experience, is atheistic. Hence Spinoza’s flattening of ethics into geometry versus Hume’s claim that the only answer to the dilemmas of Philosophy was to forget about them and play billiards.

Our intellectual practice should be (tied to) a quasi-religious conviction and commitment, a consistency that stretches across all aspects of our lives. It’s custom to scoff at, or be suspicious of, this kind of consistency today, in a way that is unconsciously designed to shame or embarrass the committed. (Small personal example: I refused to shake Goldsmiths senior management’s hands at my Masters graduation ceremony last week on account of them being managers on £200k+ salaries while students and staff suffer with debt and precarity, and who called the bailiffs on the anti-racist occupation at Goldsmiths six months ago – this prompted a somewhat puzzled reaction from my parents and, I presume, those watching.) Chill out! Stop being so serious! It doesn’t really matter! But in these very cries is the plain and simple attempt to keep the problems of politics and philosophy out of the realms of everyday life, to keep them as the abstract playthings that the Masters/capital want(s) them to be. For, unlike previous social formations, capitalism is more than happy to accommodate a whole host of varied belief systems and philosophies (within relative limits), but only if these belief systems are relegated to the status of individualised “opinions” or “faiths” that are basically inert and ineffectual. As soon as these belief systems, particularly the ones explicitly hostile to capitalism, try to actualise themselves into certain behaviours, certain shared ways of life, however, capital must rush to neutralise the threat; and the collective unconscious we embody together is the tool it uses to do it.

The consistency Fisher speaks of above, then, is a lived practice of constructing a flat continuous line between belief and behaviour, which necessarily involves breaking down and through a bourgeois shame and embarrassment that seeks to keep beliefs in their place as fanciful “ideas”. The actualisation of the virtual spectre of communism – or even just the Outside – demands nothing less.