Terre Thaemlitz's Cold Psychedelia | underscore__
« The Horror of Labourism: Thinking at the limits of the party Yes, I'm a Fan » 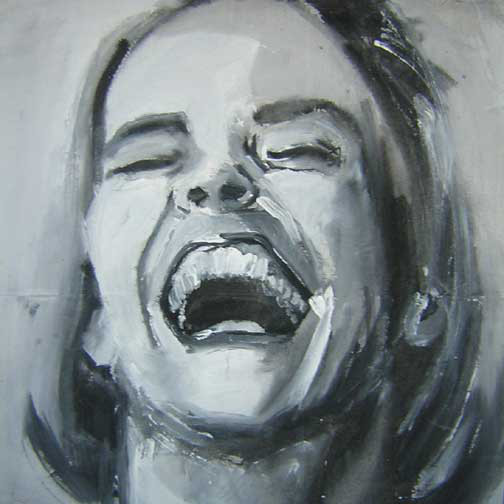 Xenogothic was right: this interview with Terre Thaemlitz is absolutely essential reading, and a true demonstration that true psychedelia, and perhaps even true punk, is served ice cold.

Thaemlitz is a useful figure because, as a musician and DJ (though they, understandably, prefer the term “media producer”) rather than some dreary academic, they represent how coldness indexes not a lack of joy but a higher state of it. The typical image of “being cold” evokes a miserabilism that refuses to accept change or do anything different, which is quite literally frozen into particular habits. But this only holds if one sees coldness as an absence of heat, rather than thinking coldness in itself. The question that Thaemlitz, producer of chilly deep house classic 120 Midtown Blues, thus prompts us to ask, then, is: where does coldness lead us, if not nothingness?

Bundle together cybernetics, Spinozism, and Mark Fisher’s cyberpunk reanimation of it as Cold Rationalism, and you begin to get an answer.

Component 1: Spinoza. The ethical charge behind Spinoza’s Ethics is the need for people to free themselves from “passions” (affections by external objects that we are passively beholden to) to instead begin to generate actions (affections of which we, rather than external objects, are the cause). For example, pleasure, for Spinoza, is a passion, because it is dependent on an external-pleasure object. Enjoying a nice meal or watching a good film, for instance, are pleasurable, but this pleasure derives not from “us” but from an external object that agrees with our nature.

Joy1, by contrast, is active, involving the actions of the body. The best way to conceive of Spinozist joy is to think of things that are “rewarding”: making a nice meal is rewarding in a way that eating one isn’t because the cook is eating a pleasure of which they themselves are the cause.

As anyone who has learnt a new skill can attest to, this rewarding joy is necessarily a more intense or “higher” form of enjoyment because it not only involves the pleasure of the nice meal, but also the increase in power that is obtained by learning to make it. Once joys have been acknowledged for what they are, pleasure emerges as superficial and enslaving (but – importantly – still pleasurable): something not so much to be rejected, but transcended.

A state of active, rewarding joy, however, is not one of ecstatic pleasure. At least from a Spinozist point of view, pleasure and joy are two very distinct things. Joy is more intense than pleasure, but this does not mean it is more “heated” or ecstatic. This can be understood better by considering Spinoza’s characterisation of God (= Substance = Nature). God is the one absolutely infinite Substance, which has nothing external to it (for if something external existed in relation to Substance, this would impose a limit upon Substance, which is impossible because it is absolutely infinite).

The upshot of this is that Spinoza’s God is an ice-cold, indifferent, cosmic being. This is made clear Proposition XVII of Part 5 of the Ethics, which states: “God is without passions, neither is he affected by any emotion of pleasure or pain.” This is further backed up by its corollary: “God does not love or hate anyone”. The passage to a higher state of active joy, a greater expression of God’s being and power of action2, thus ironically presents itself as a cooling down.

Component 2: Cybernetics. Spinoza may have lacked the conceptual language, but his conception of active affects and active joy is fundamentally recursive, and describes the construction of a cybernetic circuit of feedback in contrast to a linear chain of cause-and-effect that characterises the passions we are enslaved to.

As we alluded to above, in contrast to the “hot” passions, the construction of such cybernetic loops is a cold and calculated affair. Heated outbursts are transformed into cool circuitries.

The way I think about this is to reflect on punk and post-punk. Punk (in the form of ossified Punk™) was easy to co-opt because its passionate anger always pointed outwards to some external object: it indexed a passive, not active, affect. In that it was always beholden to an external object of hatred to give it purpose, capital could thus easily integrate punk’s critique: punk became a release valve for the pressures of the young proletariat, a means for them to “get something off their chest” before dutifully returning to work the next morning. Punk™ is thus annexed as capital’s bad conscience, the devil on the shoulder, that simply can be brushed aside. Punk rallies against capital, yet remains dependent on it for definition. Acknowledged as thus, Punk™’s furious screams become hollow and ineffectual: screams into the void.

The mastery of post-punk was to reroute this passionate outward vector of anger and critique: rather than simply stop at the object of hatred and simplistically proclaim “that’s the enemy!”, it realised that staying true to the nature of the punk-critique meant critiquing the critique itself, perpetually. Post-punk in itself is thus inherently recursive, a critique of a critique. This explains the different mood of most post-punk music compared to punk, which did away with the heated macho rockism of the guitar band and ventured into experimental new sonic realms: industrial music, dub, and electronica among them. Hear the difference: The Sex Pistol’s “God Save the Queen” becomes Public Image Ltd’s “Death Disco”. Hot to cold.3

The sonic differences between punk and post-punk help demonstrate how once critique goes beyond its first iteration, a precise affective shift occurs: the heat of the initial anger cools down into a strategic contemplation. As the vector of critique starts to recursively determine itself, it becomes autonomous: no longer dependent on the external object, it actively starts to become the cause of itself. Autonomy and cold, cybernetic recursion go hand in hand. This is something that cyberneticist Gregory Bateson recognised:

Autonomy – literally control of the self from the Greek autos (self) and nomos (law) – is provided by the recursive structure of the system.4

Component 3: Cold Rationalism: It’s worth pointing out that this mash-up of Spinozism and cybernetics is not an original concoction, but instead reflects two of the main components of Mark Fisher’s “Cold Rationalism”, which he wrote a lot about on his k-punk blog in 2004. As “Indifferentism and Freedom”5, perhaps the post that comes closest to serving as a Cold Rationalist Manifesto, states:

The great Cold Rationalist lesson is that everything in the so-called personal is in fact the product of impersonal processes of cause and effect which, in principle if not in fact, could be delineated very precisely. And this act of delineation, this stepping outside the character armour that we have confused with ourselves, is what freedom is.

There’s perhaps a sense that this Cold Rationalist programme is just some joyless programme of pedantically saying “well actually” a lot. But this would be a vast misunderstanding of the project, and the vision of the Cold that I’ve been outlining in this post; because, as Fisher makes clear in “Psychedelic Reason”, Cold Rationalism is the true psychedelia. The coldness of the project is not a pedantic miserabilism but instead the necessary affective expression of a fundamental and psychedelic neural de/reprogramming, and the construction of a recursive autonomy. Hippy psychedelia essentially botches and does injustice to psychedelia, transforming it into a warm and fuzzy form of individual self-help that, much like punk, is easily integrated into contemporary capitalism’s tactile feedback loops of production, distribution and circulation. “Psychedelic Reason” is worth quoting at length here:

The problem with drugs is that they only put the Alien Parasite Entity (= His Majesty the Ego = the thing that calls itself you) to sleep. Their dissolution of the APE is temporary, all-too temporary. And after a while, the neuronal battleground – what you are fighting over AND what you are fighting with, i.e. the only resources you have – is itself damaged. APE has its way as you are dragged/drugged into permanent low-to-deep level depression.
It is only as part of a Cold Rationalist program that you can begin to permanently dissolve the APE. It’s a lifelong struggle, it’ll always lurk in the shadows and in your reflection and photographs, waiting for another opportunity to drag you back down into the looking glass world of personalised misery.
APE won’t listen to reason but it can be dissolved by it.
Hey kids: could there be a better reason to read Spinoza? He tells you not to get out of your head but how to get out through your head.
(But let’s not fetishise Spinoza, it’s not about Spinoza the Genius but about the Cold Rationalist program that he delivers. The Gnostics got there too, sorcerers, Burroughs, Castenada…).
The Cold Rationalist program is Abstract Ecstasy.

The great thing about Thaemlitz’s interview is that it makes all the above incredibly concrete and lucid, and very clearly demonstrates that what the current system cannot tolerate is not the fiery anger of punk or the warm fuzziness of the hippy, but instead the cold psychedelia we’ve outlined above.

The most exciting part of the interview for me was Thaemlitz’s discussion of gender and drag, which serves as an excellent demonstration of how Cold Rationalist reason doesn’t act as a miserabilist dampener, but a psychedelic activator:

Most people lose that sense of just how dangerous it is to cross dress, simply because they lock into one gender’s apparel early on and stay there. I really think everybody should have the experience of cross dressing on a random, ordinary day. Your first task is dealing with dirty looks as you buy the clothes. Then go about totally ordinary things like going to work, going to a restaurant, buying groceries, riding the bus, passing the neighbors in front of your house, hanging with friends or family, maybe going to church… A lot of people want to believe today’s world is open and accepting, but try it. Really. You’ll learn a lot about yourself and others, that I promise. (Spoiler alert: you may lose your job.) And when you switch back to your usual clothes, you will have a totally different understanding of the unjust respect and power that comes with something as asinine as clothing conformity. Then the real problem hits you… once you have that understanding, can you allow yourself to do something with it?

Take something in your life. Something you’ve taken for granted, passively partaken in: the way you dress, talk, or the job you have. Connecting it to an impersonal chain of cause and effect, realise this has, ultimately, been imposed on you from without. Instantiating a feedback loop, reflect on it and change it: cross the boundary, cross dress. Notice the difference: notice how you’ve very concretely unveiled the workings of some vast, impersonal social system.

Once you have that understanding, can you allow yourself to do something with it?

“Deeper Underground: FACT meets Terre Thaemlitz” is available here. There’s also an interesting lecture/QnA with them on YouTube, which I’ve pasted below: