A Theorist Is An Intensifier: On Ian Nairn | underscore__
« Rip It Up and Start Again: The Best Bits The Horror of Labourism: Thinking at the limits of the party » 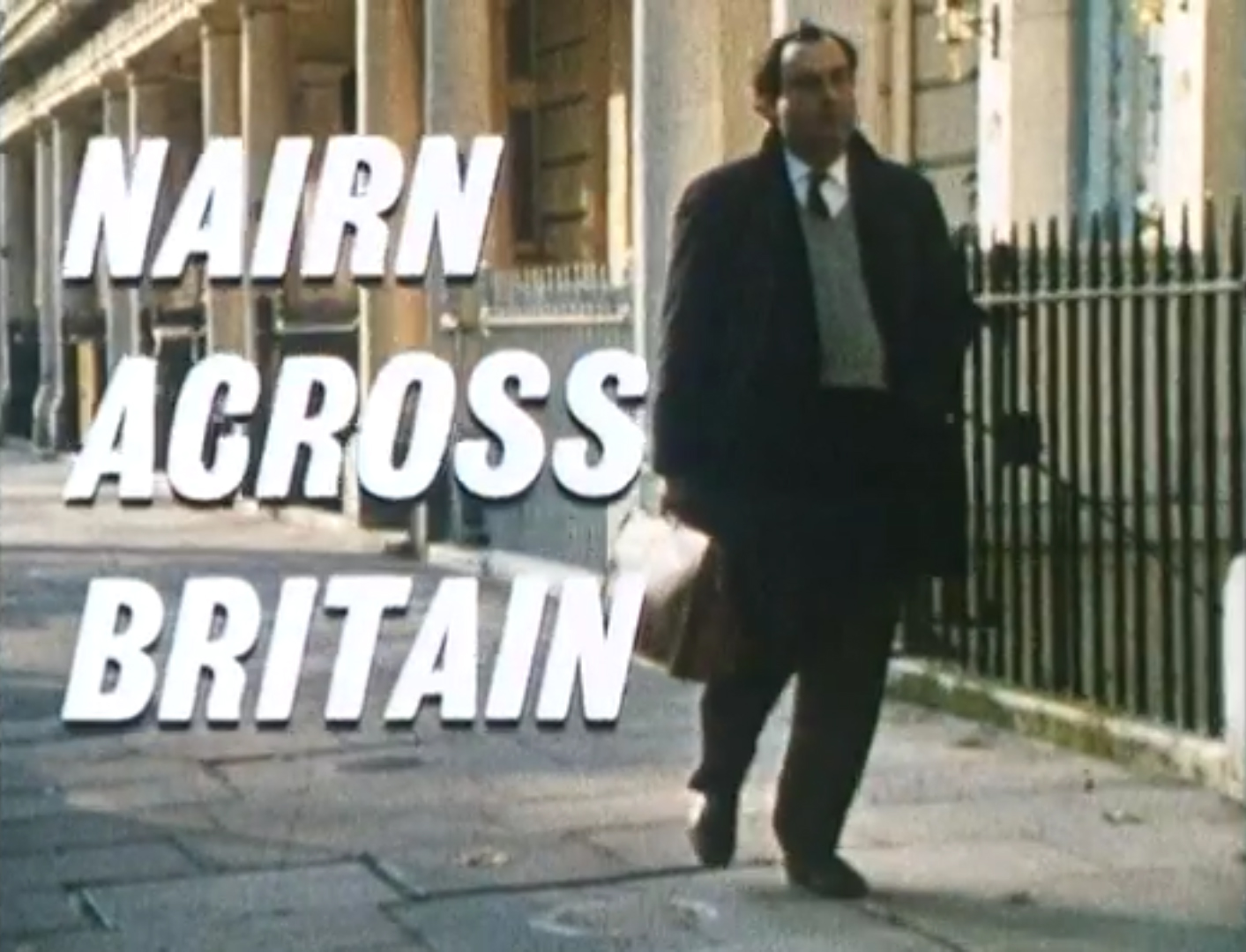 As I mentioned over there, I have to thank the Twitter hivemind for turning me on to the excellent 1972 BBC series, Nairn Across Britain, which is on iPlayer here.

I had never heard of Nairn before this, but he comes across as immediately magnetic, eccentric and above all convincing: a character of real passions, or, as Jonathan Meades puts it in his preface to the show from some time in the 80s, the “enfant terrible of architectural criticism”. Meades continues:

No one has ever written about buildings with greater passion, and I suspect that no-one has ever written about buildings so eloquently. This was not least because he knew as much about writing as he did about buildings; he was not just a terrific architectural writer, he was a terrific writer full stop. His prose was, and indeed is, vivid, demotic, poetic, vital, and thankfully, the absolute obverse of that straightened English of Nancy Mitford. Nairn was defiantly non-U. He was, and it’s an expression you don’t hear much today, “redbrick”. That was usually a deprecation, but I don’t intend it thus, anything but, he was a genuine outsider. If he belonged to a type, it was to a type of one.

One’s inclined to take this as a puffed up exaggeration thought up on the fly just to introduce the show - but Meades’ characterisation of Nairn joyfully shines through within seconds of it beginning. Articulate yet down-earth, passionate yet analytically incisive, Nairn stands out as a shining beacon of the promise of criticism, whether architectural, aesthetic, literary, or political. Unlike the dominant subject of criticism today - the smug hipster - keen to distance themselves from their objects of critique through a sneering ironic detachment, Nairn is absolutely dedicated to getting as getting as close to the object of criticism as possible, to feel its fine textures in between his fingertips, up against his skin. The buildings and places Nairn visits in the show literally live and express themselves through him: Nairn as concrete’s human avatar. (This is all made absolutely clear within minutes of the first episode, where Nairn caresses the brickwork of the Preston Guild Hall - screengrab of this below.) 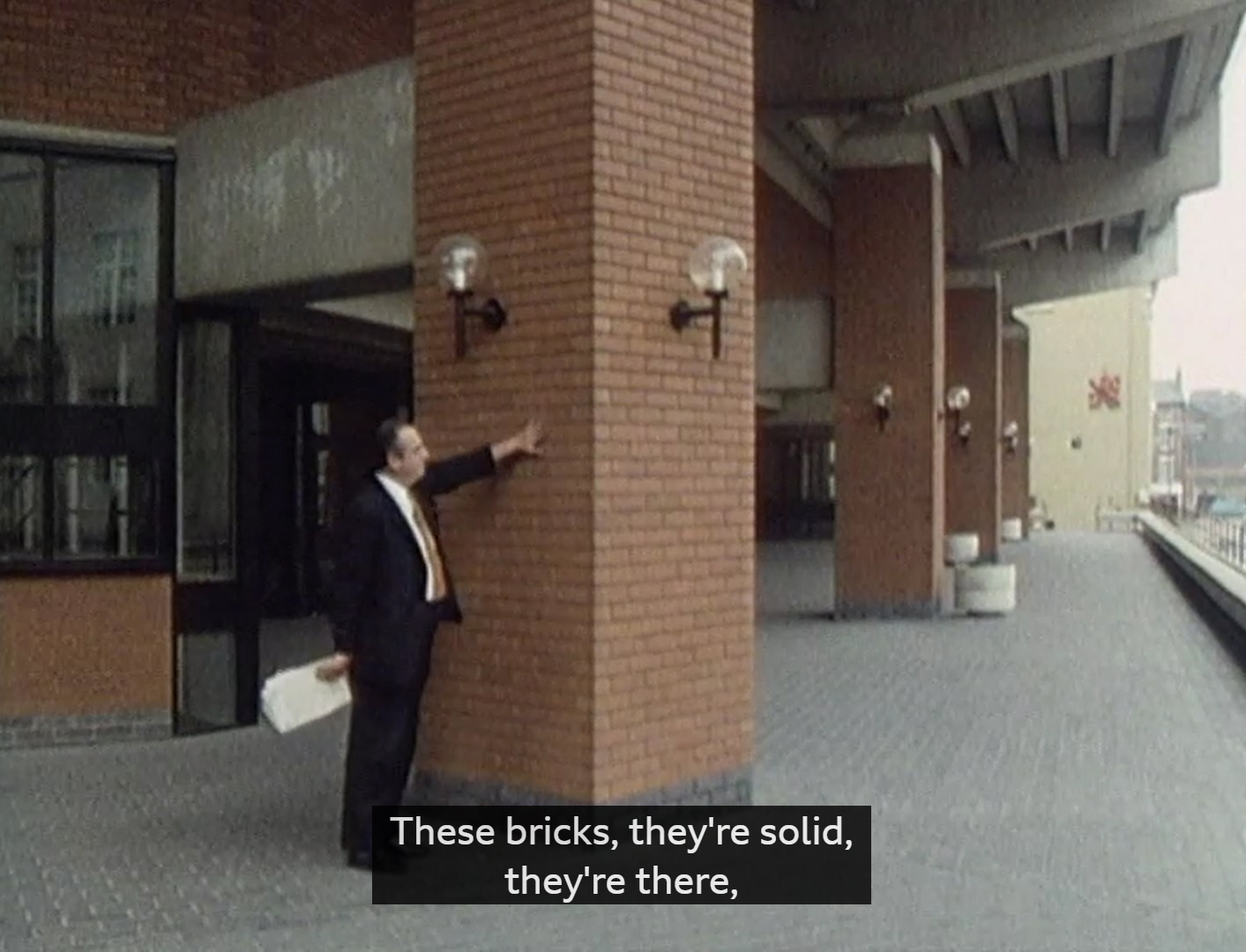 Much like k-punk and the Ccru, Nairn evidently sees the role of the theorist or critic as being an intensifier. Nairn treats every building and place he visits as some vastly complex, intricate body that he is navigating; he makes every effort to be in the object he’s critiquing, a part of it, letting it excite or dismay his body and his emotions. Far from seeing this as giving way to subjectivism or irrationalism and attempting to repress them, Nairn actively expresses and engages his emotions as absolutely rational, as absolutely indicative of some external cause: portals into the Outside. The result is joyful and energising, not dull and deadening like so much criticism1.

Start with how something makes you feel.

Then accept that has very little to do with “you”, and start picking it apart, rationalising it, linking it to an external cause.

What’s particularly refreshing is just how frankly and frequently Nairn trashes the places he visits: “it’s all cacophony, it’s a mess” is his judgement of Carlisle; councillors in Northampton with a scheme to  demolish large parts of the town square are bluntly told to “change the scheme”; and Stoney Stanton is said to give “the feeling of having laid down and died”. But, again, this criticism is totally different from that of the joyless cynic, despite appearances. Instead, this matter-of-fact criticism is always driven by a desire for improvement, for the maximum fulfillment of places’ potentials. Nairn frequently in the show points to lagging areas of the places he visits and imagines in their place public parks, cafés, and care homes: things that would help integrate the various disparate parts and help them express something beyond themselves - that effusive sense of place, of community. For example, at one point he visits an abandoned quarry in Stoney Stanton and bemoans its lack of use or even engagement by its surrounding milieu: the beach area is simply being used as a dumping ground, and the houses (seen below) generally face away or ignore it, despite its beauty.

And that’s another thing: Nairn’s criticism is always driven not just by a desire for improvement, but  an improvement that is absolutely public-minded - qualitative, rather than quantitative. Nairn’s not pointing at empty spots and saying to build luxury flats (an imagining that can only be driven by purely quantitative concerns, e.g. for profit or for house numbers); he’s imagining new, collective uses of spaces: new public facilities to be shared by all. (At numerous points in the show, he points at “Private Property: No Entry” signs and decries them with audible disgust.) Like Mark Fisher, Nairn marries the elitist Nietzschean/punk insistence on excellence and perfection in the face of mediocrity with the leftist commitment to collectively working together, democratically. He takes a common, shared space and intensifies it through his criticism, thereby hoping to drive it to a higher degree of perfection and complexity. (There’s a common dynamic here with Pop and its ‘verticality-in-horizontality’, which I describe in this post.)

This is also evident in the composition and filming of the show as much as Nairn’s commentaries: the viewer is frequently treated to minutes-long, slow, indulgent takes of various architectural and natural landscapes, with the show utterly committed to truthfully transmitting the textural feel of a place, as if one was actually there, in it. Here’s some nice shots I grabbed from the show, but they’re no substitute for actually watching and absorbing it: 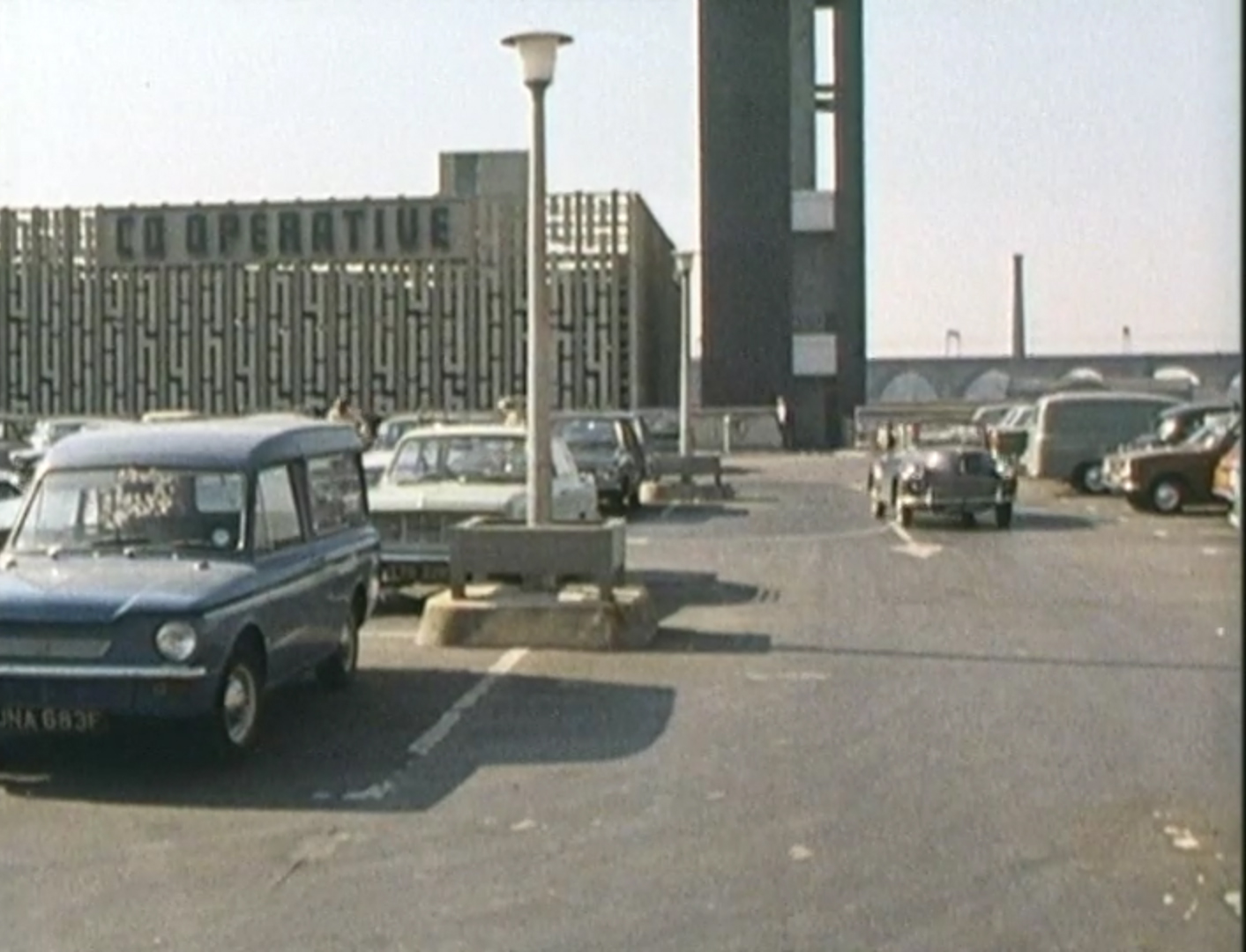 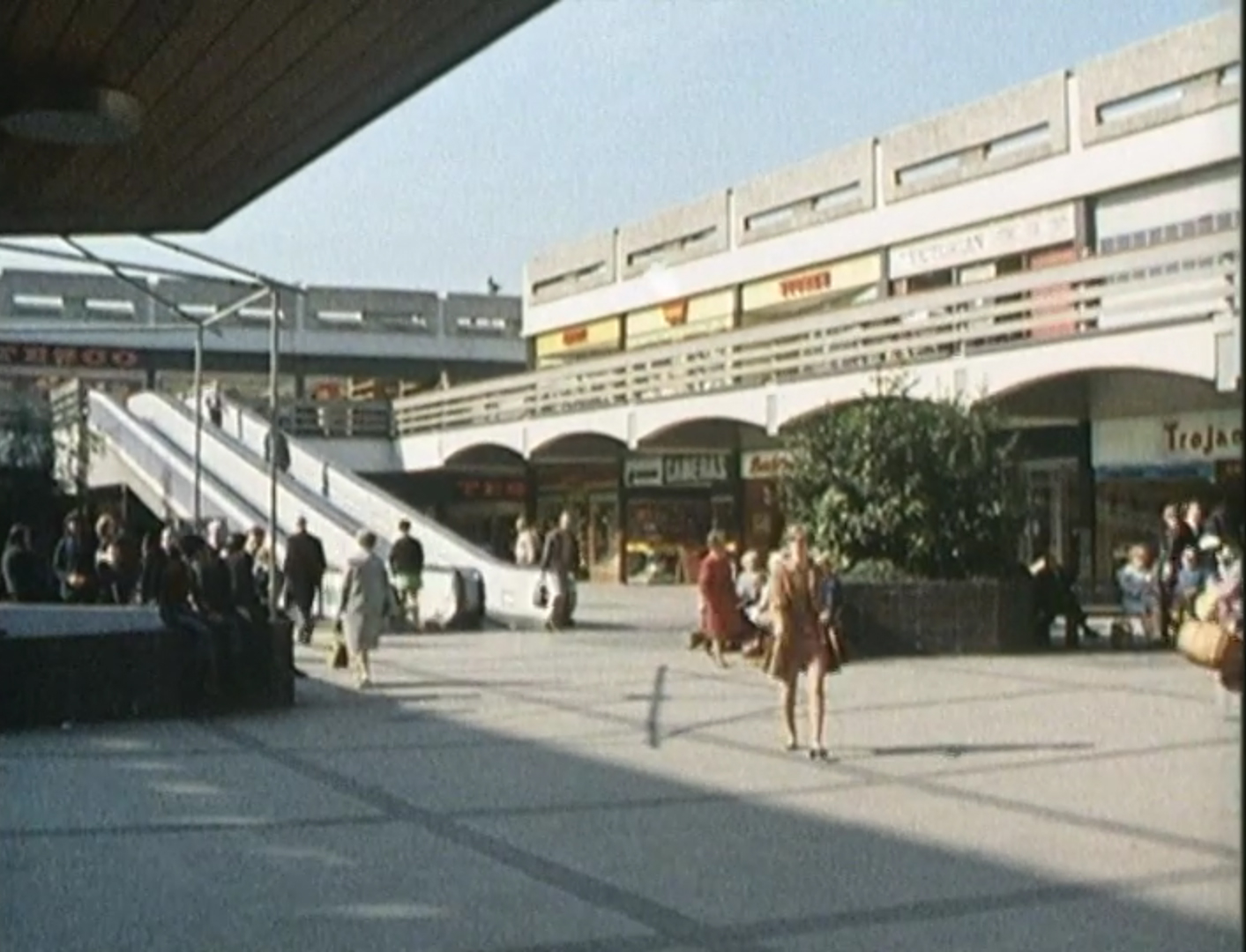 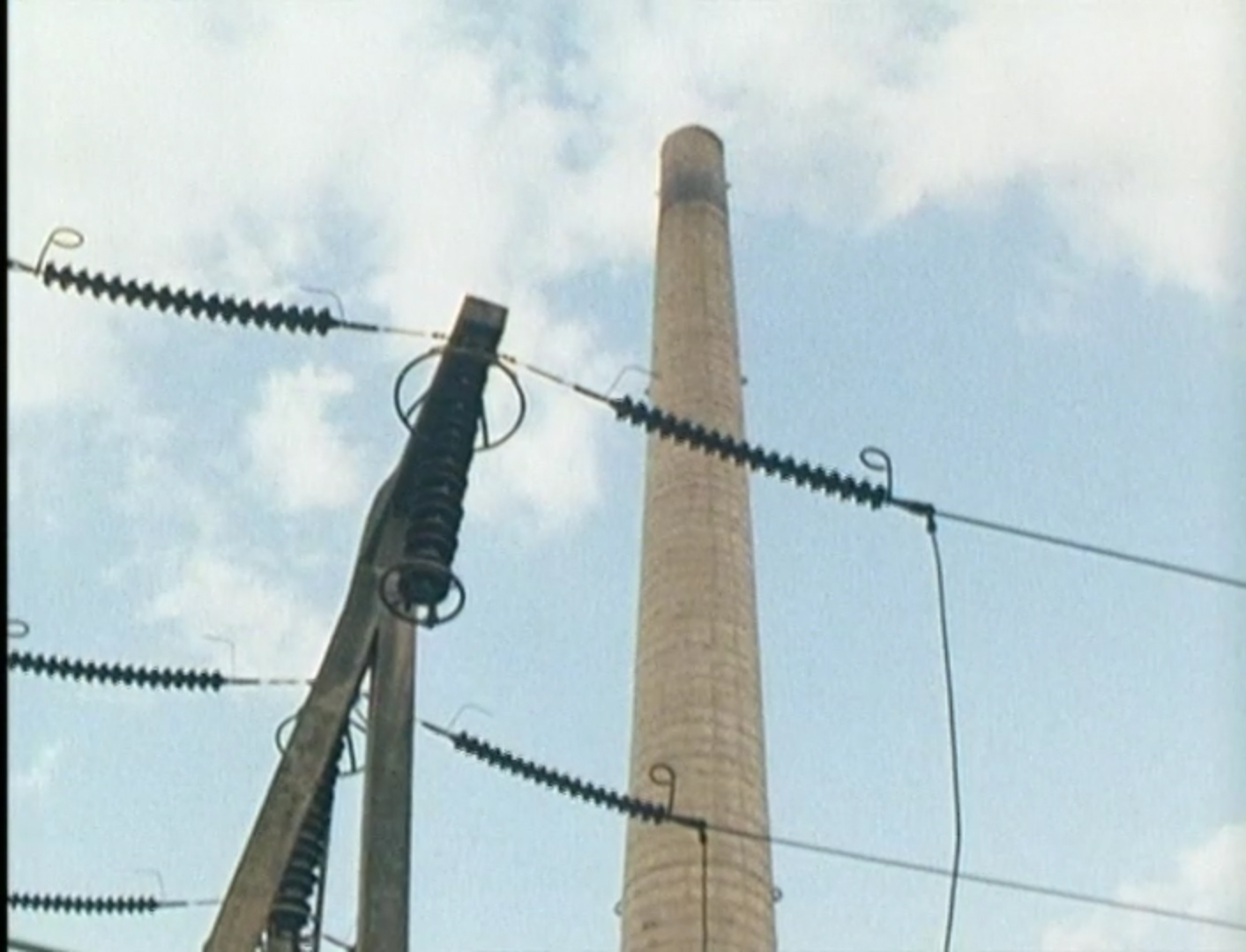 1 Theory/Philosophy Appendix /// To understand why this engagement of the emotions and placing oneself within the object of criticism is valuable, it’s useful to turn to something Deleuze covers in Expressionism in Philosophy: Spinoza. Specifically, Deleuze discusses intensive quantities and extensive quantities, and notes how each are very different forms of quantity. Extensive quantities (such as length) are formed of parts that are always external from one another, outsider one another, extrinsically related (one can break up 1 metre into however infinitely small parts, but these parts are always external to one another, and thus can be put in whatever position, and still equal 1 metre). Intensive quantities, such as temperature, meanwhile, are formed of parts that are always in one another, nested within each other, within the quantity as a whole. The parts are related intrinsically, not extrinsically. (One cannot break 40 degrees C into smaller “blocks” of temperature - 20C + 20C doesn’t equal 40C - instead one must continuously go through various degrees of temperature - 1, 2, …., 39, 40C.)

To see theory/criticism as intensive is thus to locate oneself as a part within the object at hand, not outside it like a detached hipster. It’s to acknowledge that while an object is an extensive quantity, this extension is what allows the object’s parallel intensity to become real.

Hipsters see the world basically extensively: objects of criticism are simply seen as interchangeable parts of a larger extensive quantity. They glance at something and instantaneously declare it to be XYZ, a sign of ABC, without any singularity. This is, of course, a philosophical error with dire political and cultural consequences. Objects are also (part of) intensive quantities, singular irreducible degrees of a power, or potency. Consequently, engaging with this intensive dimension increases our capacity to act and pushes us further towards self-realisation and self-organisation: we become a part intrinsically related with every other part in the intensive quantity. As such, we are not externally determined, leading to passive feelings and servitude according to Spinoza, but instead discover our autonomy.